Edward Clive was the grandfather of Sir Robert Clive.

He voted for the second reading of the revised reform bill, 17 Dec. 1831, consistently for its details, and withdrew his proposal for incorporating the words ‘parochial or any other form of relief’ into the voter qualification clause, lest he should compromise the measure, 8 Feb. 1832. He was a member of the new secretary at war John Cam Hobhouse’s committee at the Westminster by-election that month. He paired for the enfranchisement of Tower Hamlets, 28 Feb., and the bill’s third reading, 22 Mar., when his pair was his brother Henry, whom he accompanied that day to their sister Louisa Keppel’s funeral.

The other judges of the Court of Common Pleas in the 1760s included some who seem to have owned their advancement at least in part to political and social connections rather than respect for their professional qualities. Sir Edward Clive (1704-71) became an MP in 1741 for St Michael's Borough, or Mitchell, a rotten borough in Cornwall, through the patronage of Thomas Scawen, son of a former Governor of the Bank of England, but made no impression during his four years in the Commons. He gave up the seat on his appointment as a Baron of the Exchequer in 1745, and in 1753 he was appointed a justice of Common Please and knighted. He retired in 1770, having left as little mark on the law as he had in politics.

Possible mis-identification I have identified with the MP, but the appointment could have been his eldest son, Edward Clive. "Bolton" was not used in the appointment notices, but Edward Bolton Clive was a Lieutenant Colonel in the Grenadier Guards and his son Edward was a Colonel. Both titles were used in the notices. 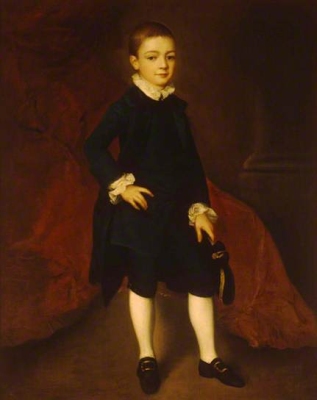 Sorry. You're the better Edward Clive. I'm an absolute failure.

My better half. The better Edward. 11 years my senior. My second cousin.

We only have a great-grandfather and our names in common. You and I are nothing alike. You almost outlived me. You almost had me beat in the last field.

Remarkable for his physical vigour, and though he spent some years in India and lived freely, he might be seen, when about eighty, digging in his garden at six o'clock in the morning in his shirt sleeves. He was apparently well the day before his death.

You're the better Edward.